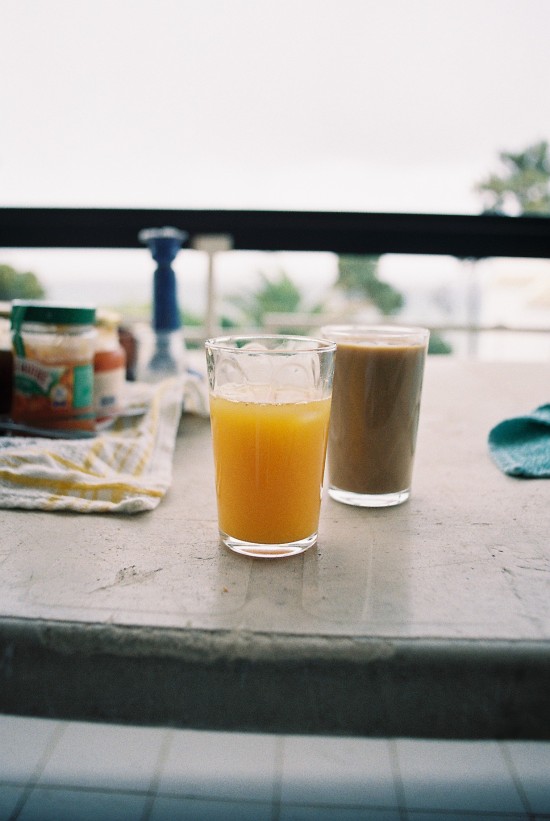 For two years in a row now, I’ve spent time during the summer in Portugal. I love it there. Its warm and colourful and the air is fragrant and inviting with aromas of barbecued sardines and pine needles. The apartment we stay in is nestled into rough cliffs that look directly out over the Atlantic Ocean and at night I used to sit and gaze at the fishermen fishing for squid using giant floodlights whilst balancing in tiny boats.

In the early morning watching the colours reappear onto the coast, we would enjoy a simple breakfast of chewy Portuguese bread and Doce de Abóbora –  Sweet Pumpkin Jam.

In the UK, pumpkins aren’t widely used, so I was keen to start using this highly cultivatable fruit in the kitchen and when I returned home, I found a Pumpkin Jam recipe here http://www.cottagesmallholder.com/pumpkin-jam-recipe-7050/ on a sweet smallholder blog that is very inspiring to anyone going down the self-sufficient route. 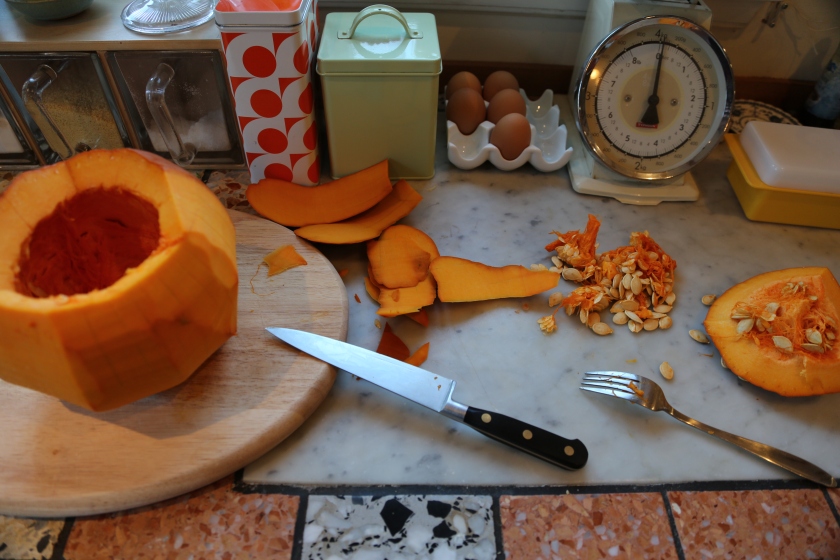 De-seed your pumpkin, then, using a sharp knife remove the tough outer skin of the pumpkin. Then finally chop into small dice.

Next place the pumpkin, cinnamon sticks, lemon juice and zest in a heavy bottomed jam pan. Deseed the vanilla pod and add the pod and the seeds to the pan. Or add the vanilla sugar if used instead.
Bring to a rolling boil for 4-5 min stirring continuously, then simmer gently until the pumpkin has softened, roughly 10-15 min. Now add the sugar and stir constantly until it has dissolved completely.
Bring to the boil once more and simmer, stirring periodically for 35-40 min. The jam will start to thicken.
The jam is ready when you can draw a wooden spoon across the bottom of the pan, and see the bottom before the jam covers it again. Remove the sticks and pod.

I find it helps if you transfer the jam into a jug, then pour the mixture into clean sterilized jam jars. Wipe the rims clean with a clean damp cloth, and seal immediately so that the lids create a vacuum and preserve the jam.

Store in a cool dark place.

Anna C. Pettigrew is a photographer, recipe developer, chef, food grower and a vegetarian. She hails from Denmark/Scotland, and now lives with her dog Rufus and her husband in the Scottish countryside..